Learn more about our company

With many years of experience, strong commitment and a wide range of services, our family business has developed over many years regionally, nationally and internationally to become a recognized company.

Four facts about us

The BIRGELS REISEN GMBH & CO. KG looks back on decades of tradition and experience in tourism. We see ourselves as a family business. Therefore, we also maintain a family relationship among ourselves. For us "good old values" count, such as friendliness, cleanliness, helpfulness and reliability.

In travel and transport traffic, we offer a large range of services for our customers. For example, we have specialized in bus trips throughout Europe. Especially popular are our Christmas trips and our annual trips to the Electric Love Festival.

Safety of our passengers

The safety of our passengers is very important to us. In order to guarantee a safe and thus proper itinerary, we pay attention to regular driving and rest periods. Eventually, all travelers should come home safe and sound. Furthermore, our bus drivers are trained and continuously educated.

Our own vehicle workshop guarantees a maximum of reliability for our entire vehicle fleet. The regular inspections and maintenance of our vehicles is carried out by our master mechanics. This is complemented by the statutory technical examinations of DEKRA and TÜV. 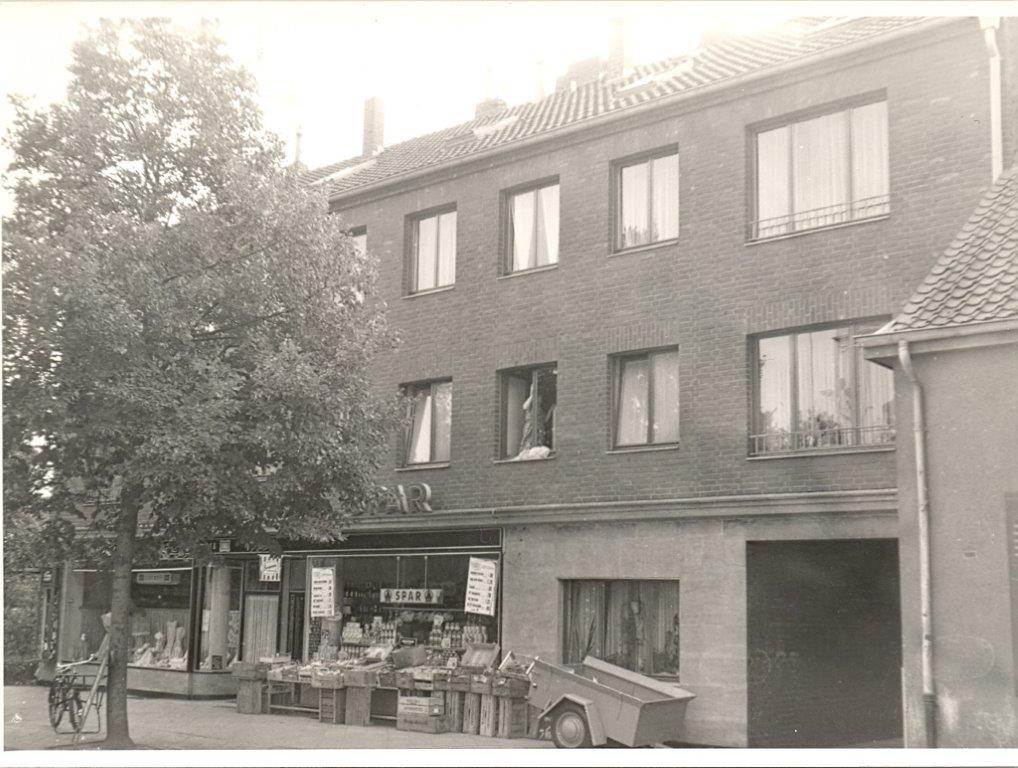 From Delicatessen to Kässbohrer

The quiz show "What am I?" with Robert Lembke is aired for the first time on German television. The black civil rights activist Rosa Parks of Montgomery in Alabama refused to stand up in a bus for a white man. A refusal which would have a far-reaching effect later. The film "The Seven Year Itch" was released. The subway tunnel scene was legendary and made Marilyn Monroe internationally famous. By a visit to Moscow the then German Chancellor Konrad Adenauer helped about 10,000 prisoners of war to return to Germany. The first returned in October.

In 1955, Lisa and Jakob Birgels decided to follow their inner call for independence. The couple opened a delicatessen shop on the Dorfstrasse in Meerbusch-Büderich. Under the name "Delicatessen Jakob Birgels" things of everyday life and foods, such as sausages, bread and cheese, were sold.

Foundation of the first fleet of vehicles

In 1963, the couple turned to a new branch of business. With "Autoreisen Birgels" they now offered bus tours for societies and associations with comfortable tour buses in Germany and abroad.

The German desire to travel was unbroken. A popular holiday destination was Italy, but also Lake Balaton was highly sought after. Package tours experienced a veritable boom. And thus the caterer Jakob Birgels conquered the world.

Parts of the first fleets were, among others, Kässbohrer Setra S10 and S11 as well as the Mercedes-Benz O 322H. 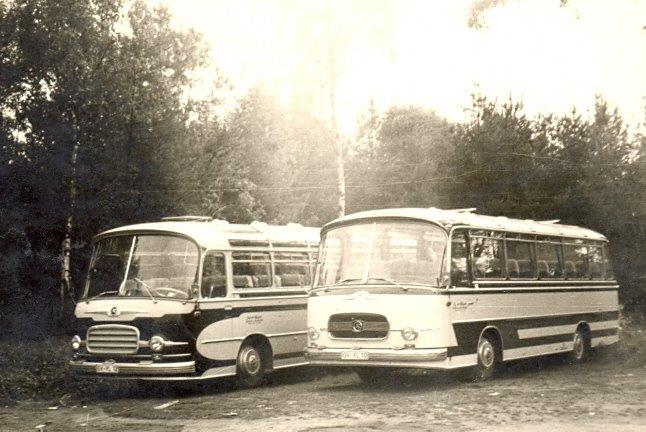 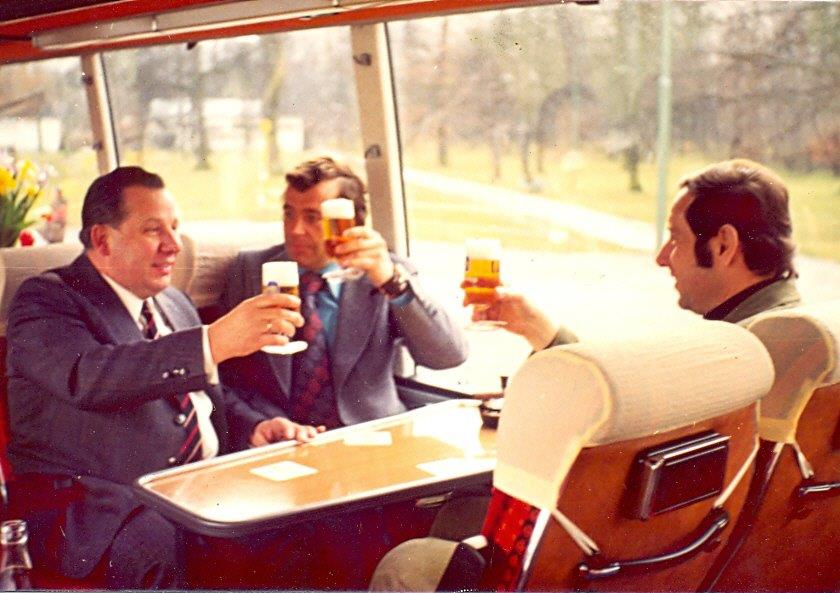 Distance buses with onboard restaurant

In 1974, the fleet of vehicles was extended by the high-deck touring coach Setra S200. With the S200 a luxurious coach bus came onto the market, which caused raptures among passengers.

The bus was equipped with numerous extras. Along with air conditioning, rear and sideways adjustable seats and an audio system, there was also a kitchen and a toilet in the S200.

In the "onboard restaurant" every traveler could be pampered by the hostess, enjoying a cold beer and a tasty meal. The kitchen was equipped with glasses and ceramic dishes. For the passenger the S200 promised a most comfortable and enjoyable driving experience.

In 1980 we expanded our offer as a tour operator.

From then on we are not only on the go on behalf of guests, but our company is also engaged in the "road haulage" for numerous clients.

Our Franz, Hermann and Dieter were on tour for us. And the (then) Junior Chief Willi did not miss to drive the "Brummi", neither. 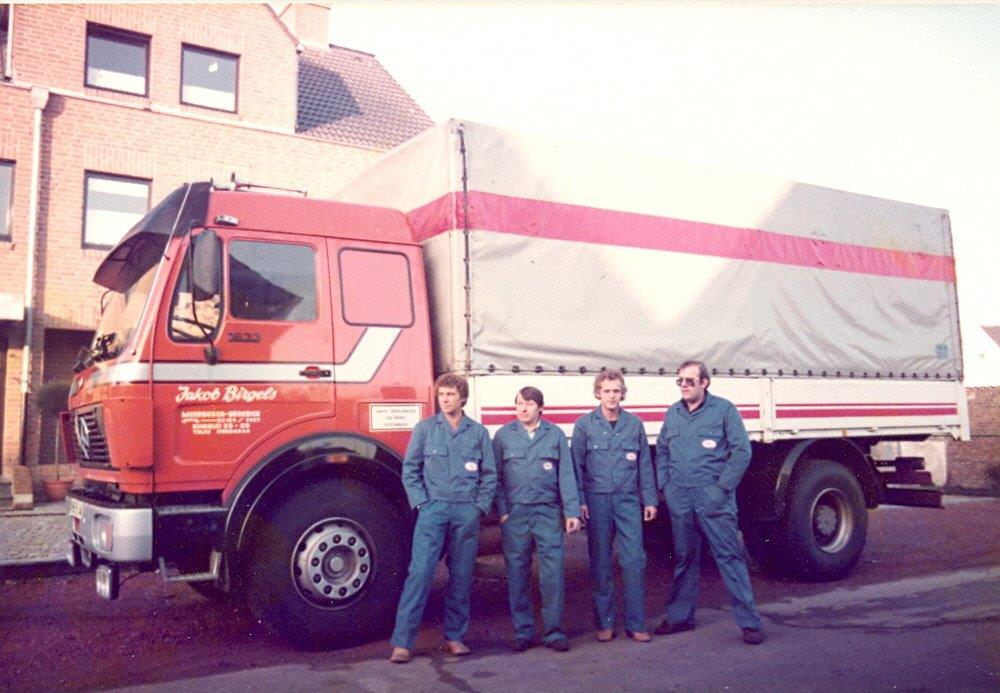 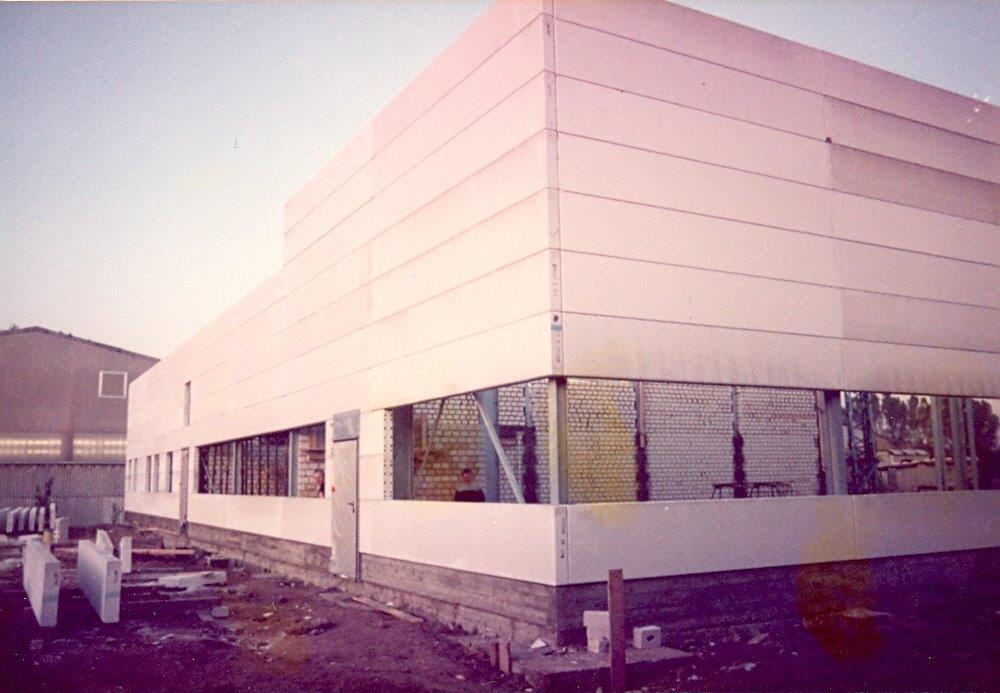 Due to the extension to road haulage and due to the increasing demand in tourist traffic an extension of the depot was taken into consideration. The new construction of the depot, including its own workshop, was implemented in Meerbusch-Strümp where Junior Wilhelm Birgels functioned as "construction manager". The construction started in 1983 and was completed in 1984.

On 5th of May 1984, the opening of the new business and operational premises took place. The workshop for commercial vehicles was henceforth operated under §29 StVZO with a Bosch brake testing stand. In addition to the VDO tachograph test according to §57b, repairs and maintenance of trucks, trailers and buses were also carried out.

Wilhelm and Markus Birgels take over the company

In 2005 after the withdrawal of its founder Jakob Birgels, the parental company was taken over by the two sons Wilhelm and Markus Birgels.

Both brothers were already prepared for the tasks at the parental business. Both completed their motor mechanic apprenticeship at Daimler. Wilhelm completed his master certificate in 1980, Markus in 1996.

In 2012, our family suffered a heavy blow of fate, when Wilhelm died after severe illness.

To honor him, most of our buses are driving with the intermediate letters WB.

His favorite tour, a pilgrimage tour to Altoetting, is since then annually performed by Markus Birgels.

In order to increase our extensive travel opportunities and to expand our services even further, and thus be able to offer even more destinations in Europe, we have Holger Schlothmann Reisen from Moers as another competent travel partner at our side. 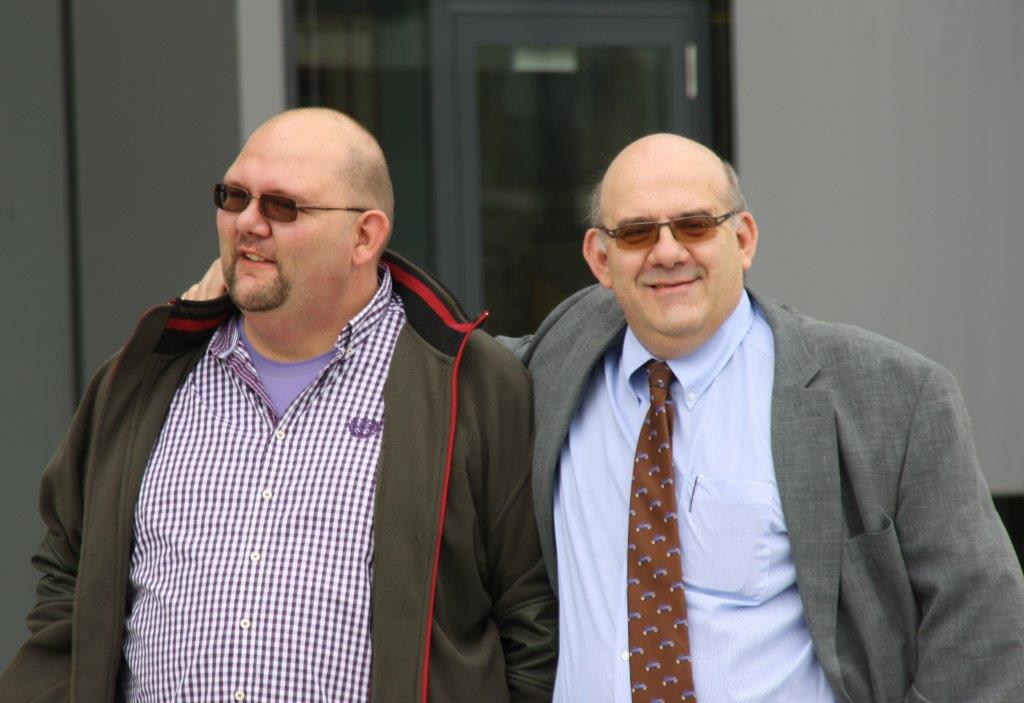 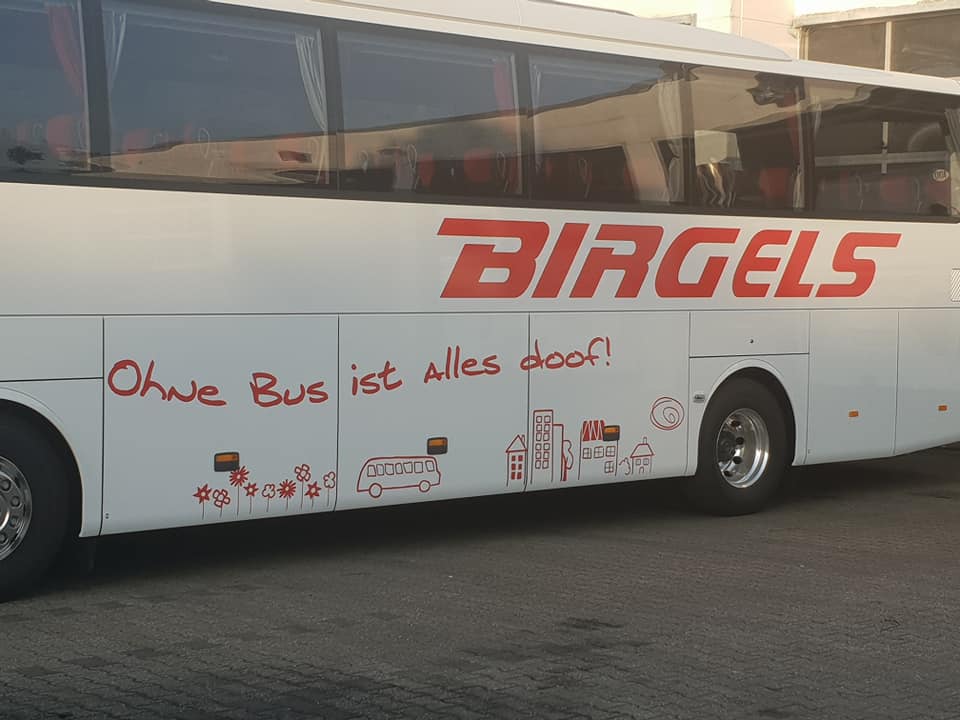 Over the decades, our company has developed into a powerful and international business. Currently we employ 45 people. It is our concern that your holidays become a personal event. Also our team will take care for that goal.

Our fleet consists of six ultra-modern coach buses from 16 to 78 seats, ten city buses and six trucks. In our own workshop our fleet is regularly monitored, checked and maintained. In addition to the comfort we offer a maximum of safety for the transportation of our passengers. Our bus drivers are regularly trained and educated.

Our employees and our bus dispatchers form a dedicated team and are always at your disposal.